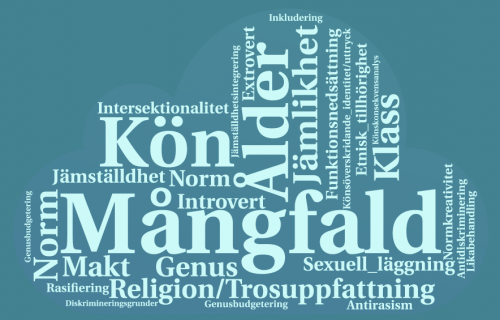 As Add Gender – who has become a strategic partner to Skytop Strategies for the summit Gender Equality in the C-suite & Boardroom – thoughts on the talent pipeline and norms are activated in my head.

At the same time World Economic Forum posts an article on their Facebook page about a study published which was started in 1968, and only finished last year. It had found a correlation between defiance in children, and success (you can read more about it here). In very few words the study showed that children who were considered to be more defiant around the age of 12 turned out to be more successful as adults. This was after they had accounted for facts such as socio-economic factors, IQ and other aspects.

The researchers could not tell why exactly but the theory goes that the individuals who did defy parental authority were also more prone to stand up for themselves and their own interests. A result which I’m sure will leave all parents wondering just how to balance respect with defiance when raising children.

The question that rose in my mind after reading this article – as an entrepreneur working with norms and gender equality – is how this is affected by how we socialize girls and boys and consequently how successful they are in their careers? Are girls thus at a disadvantage already at the age of 12 if defiance is something that is a recipe for success? Because regardless of good intentions (and most definitely due to unconscious bias) we don’t raise girls and boys the same way. Of course personalities have a role to play but girls are more often corrected when they are not behaving as expected.

I have seen, when I worked as a substitute teacher, how girls who (dis)behave like boys are being corrected much quicker and harder than their peers who were boys.

Girls are socialized to be careful, obedient, helpful and likable whereas boys have more freedom to disobey, take up space and put themselves first. Of course boys are also disciplined and obviously norms for boys have negative consequences for them as well.

Carol Dwecks is a professor in psychology who has done extensive research on motivation and the fixed versus growth mindset. In an article from 2012 she explains the two mindsets  as;

“In a fixed mindset students believe their basic abilities, their intelligence, their talents, are just fixed traits. They have a certain amount and that’s that, and then their goal becomes to look smart all the time and never look dumb. In a growth mindset students understand that their talents and abilities can be developed through effort, good teaching and persistence. They don’t necessarily think everyone’s the same or anyone can be Einstein, but they believe everyone can get smarter if they work at it.”

How does this tie to gender equality and success? Often we praise girls for being good and behaving, they are told they are “so smart”, “so clever”, feedback that implies they are inherent whereas boys on the other hand are more often feedbacked where emphasize is on effort “try a little harder” or “try and pay attention” according to a related article in Psychology Today. In the same article the finding from another study by Carol Dwecks is highlighted.

In this study bright fifth graders were asked to handle an assignment that were too difficult for them. What she saw amongst the girls in the study was that the higher the IQ the more likely they were to give up. On the other hand, the boys were more likely to be energized and motivated by the problem and would redouble their efforts.

In the USA at this time in fifth grade, around the age of 10 and 12 – girls outperform boys in all subjects, including math’s and science. So it is not a question about ability but about approach, and the approach the students had was mainly due to the feedback they were given.

Another example of risk and defiance is given in an article in NY Times by Caroline Paul (who incidentally also has written the book “The Gutsy Girl: Escapades for Your Life of Epic Adventure”) in which she talks about bravery and girls.

She gives the reader several examples of how parents have a tendency to caution their girls to a higher extent than boys. Girls are told about potential dangers whereas the boys were encouraged to face their fears and given instructions.

(For sources look here and here). As a result girls are not socialized to go outside their comfort zone to the same extent, which won’t allow them to grow as much. As adults these misguided good intentions continue to pursue women. Rather than to be cheered on when given a new challenge they will be asked – “can you handle it?” 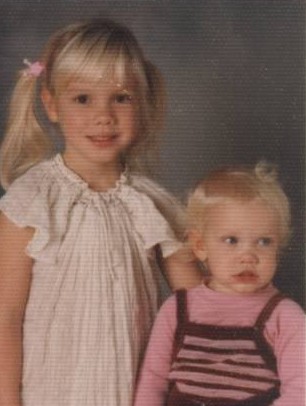 Me as older and proud sister – already aware (and not giving a shit) about norms.”

So, we need to be careful in how we treat girls and boys to ensure that we no longer raise them to achieve differently.

We need to be aware of the fact that there is no shortage of capable women, rather understand why they may approach leadership roles in a different way than men. And we need to understand that the reason we keep hearing about initiatives directed towards women and girls is not because they are not as good or need extra help. The reason is to balance out all the negative, unconscious ideas which has socialized girls and women to behave, be likeable and not take risks in the same way as boys and men.

When discussing gender equality in organizations we are often asked about the business case, what they, as an organization will benefit. They want to see numbers. The goofy side of me is often tempted to just answer: 42. But I restrain myself. There is no shortage of numbers to support the case for gender equality, increased ROI and ROE, more innovative groups, lower staff turnover and so on.

Of course, one could have hoped that doing right, ensuring equal opportunities for everyone and work against discrimination would a good enough reason to work for gender equality. But as entrepreneurs we understand why these questions are asked.

Gender equality is not a matter of opinion rather it is based on hard facts. At Add Gender all of our work is bases on facts, research and tried methods. We see gender equality as a strategic advantage that should be treated as a part of the business strategy. A strategy usually consists of a plan and goal, which in other cases organizations are quite used to develop. So what makes it so hard when it comes to gender equality? One would think that a question regarded as “soft” would demand more hard boundaries to ensure it is being achieved. But all too often when we encounter organizations that struggle with gender equality they have no plan, no strategy, no time set goals that can be measured (not to confuse with our clients who, at least by now, know better).

Gender equality is not rocket science, but it is a question of knowledge and daring to challenge the “usual way” of doing things. There is so much from an organizations regular work that can be directly translated.

Set goals – they should have a deadline and be measurable. If they are not met, ask yourselves why? Would you ever accept losing a large account without any follow up?

I am sure these are part of most organizations strategic work, so why leave something as important as gender equality to chance? In the words of the author of The Little Prince Antoine de Saint-Exupery “A goal without a plan is just a wish.”